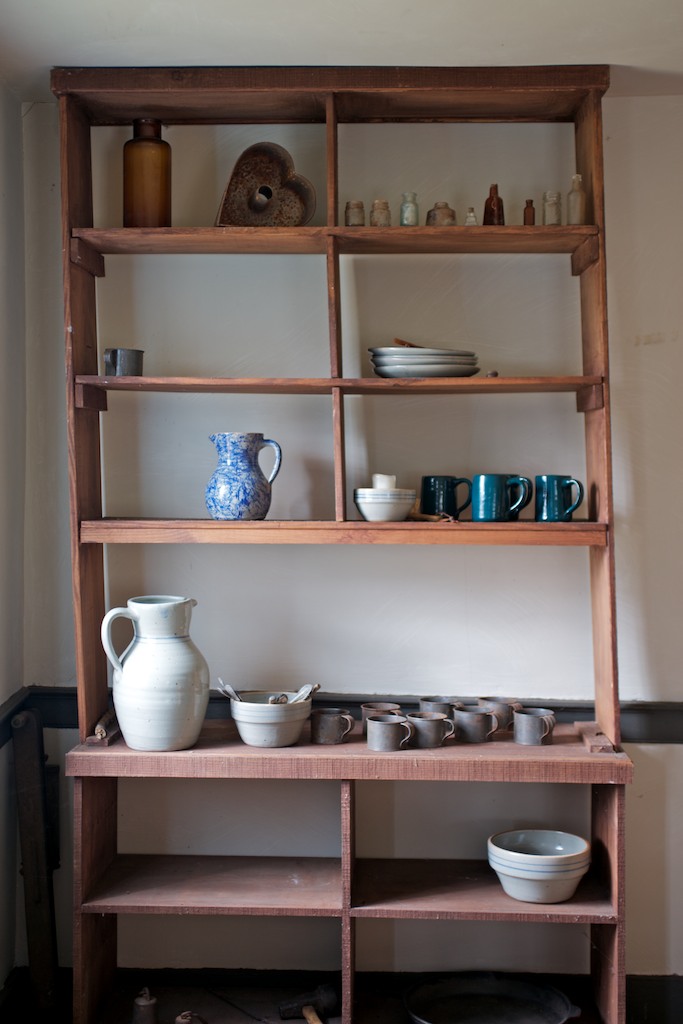 The Stagecoach Inn and Tavern was built before 1825 on High Street and served as the post office before the current post office was constructed around 1840. The building was built by Griffin Lampkin and has had several owners, including David E. Putney who bought it in 1825 for $1,500; other owners were William and Patrick Sandifer, Thomas Thach, Amos Vincent, Fleming Douglass, Samuel DeWoody, Sarah A. Skinner, Mary Hayes and Henry Zeitler.

An Act of Congress on March 3, 1819 authorized mail delivery to and from neighboring Huntsville and necessitated the establishment of the post office in Mooresville. A road was built between the two towns and mail was carried by horse and rider. The Stagecoach Inn and Tavern was listed on Tanner’s Post Map of 1825 with supper priced at “2 bits.” The original post office was located on the right side of the building and mail passed to recipients through a small window. The first floor was used as a common room with an outside stairway leading to two sleeping rooms. The original porch railing consisted of five parallel boards which have since disappeared. A building extension that was added to the rear has also been removed. The sawtooth eave is probably a Victorian modernization. The building has served as a tenant house and an antique, glass and china repair shop. The tavern’s last private owners, Henry and Melanie McCrary, donated the building to the Town of Mooresville, who restored it in the mid-1990′s. 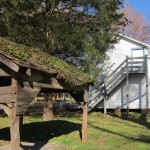 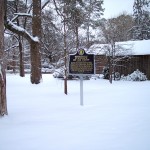 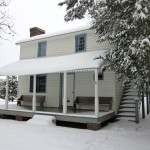 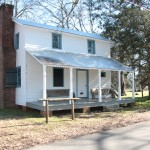 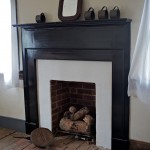 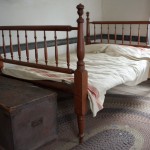 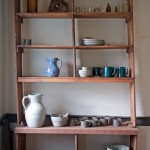 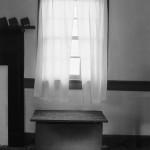 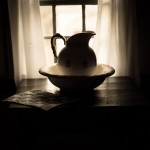 This extensive project was directed by the late Harvie Jones, Restoration Architect of Jones and Herrin Architects in Huntsville, who used the Historic American Buildings Survey drawings and photos from The Library of Congress to oversee the contractors and craftsmen who worked on this restoration. The ground around the building was lowered to its approximate level when the structure was built, and swales were dug to direct water away from the building. The building was raised and leveled and the crumbling piers were replaced. The collapsed chimney was rebuilt using existing old handmade brick and recycled handmade brick. Replacement clapboards were in turn replaced with clapboards milled to match the only original ones, which were found under the porch roof. Woodwork for the interior was milled to match existing trim. The common room mantle was rebuilt to the specifications noted in the HABS documentation, using some of the remaining original components. Paint analysis led to the color scheme you see today. Plaster was replaced, saving as much original plasterwork as possible; thus preserving some graffiti in the upstairs sleeping rooms. The porch posts were replicated to the design shown in the HABS drawings, and the outside stairway was rebuilt in its original location. Funding for this work was obtained from the town’s biennial Walking Tours & Festivals and from donations and grants.

The Stagecoach Tavern is currently used as a museum and as the official town hall.