Lectures began at 10:00 am with Tour immediately following

Quotes from our Guests:

“Loved the tour today.  Thanks to all the nice folks that live in Mooresville for sharing your town with us.”
“Mooresville is a treasure”
“Wonderful place to visit in April.  Everyone should see this town”

Ever wonder who the man is behind a signature? Present day Mooresville did – who exactly were those forward-thinking individuals who petitioned the Territorial Legislature of Alabama in 1818 for incorporation of the town we know today – Historic Mooresville.  For the second event in the Behind the Picket Fence – History Lives series, Mooresville shared the compelling life stories of residents of Mooresville who laid the cornerstone of the town.

Guests sat back and relaxed in The Brick Church while listening to tales that shaped the lives of the farmers and merchants of Mooresville in the early to mid 1800s.

Some 30 towns across the state participated in the April Walking Tours that were coordinated by the Alabama Tourism Department.  More than 1,000 people across the state took part in the Walking Tours program in 2018. Mooresville reported the highest attendance with a total of 145 participants followed by Fairhope, Cullman, Decatur,  Foley, Athens, Huntsville, Tuscumbia, and Madison.  Mooresville welcomed visitors from all over North Alabama but also from Tennessee, Colorado, Virginia, New York, New Jersey, and the country of Georgia.

Lectures were given by long time Limestone County resident, Kathryn Davis.  Kathryn & her husband, Jerry, moved to Mooresville in 1975 & stayed for 38 years. When Kathryn retired, Jerry had already been retired for some time. In an effort to get her out of his hair, he dropped her off at the Limestone County Archives one day. There she began researching the earliest residents of Mooresville. She has pursued this project off and on for several years. The territorial, state, county, & town bicentennials have provided inspiration to continue this work more rigorously.  Kathryn has compiled her tales of the beginnings of Historic Mooresville through extensive research of wills, deeds, court records, the Bureau of Land Management, and even Animal Take-up Books.

Videos of the lectures coming soon! 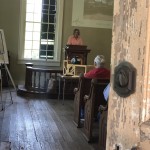 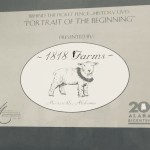 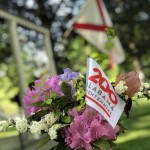 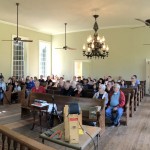 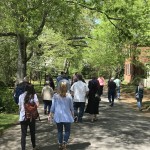 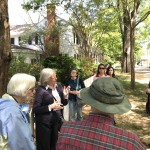 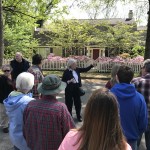